One of my many beer traditions is to drink beer from the home area of the main event fighters of the UFC. I would normally do this all the time, but how much Xingu can a brotha drink. Anyway, this time I'll review a beer from the winner of the main event of UFC 137, Nick Diaz of Stockton, CA.
Sierra Nevada Juniper Black Ale
Beer pours a very dark brown, I'm sure it's black in some lights, with a huge deep tan head. Head has a nice soft chocolate and some sweet grapes. I'm sure that is supposed to be Juniper needles or something. Beer has a nice moderate chocolate and something pretty weird going on. Let's see, it's roasty, bitter like bitter chocolate. I'm thinking they just used roasted malt and added hops early on, as the nose has no real hops going on. Leaves my mouth a little chalky (no homo). Other flavors in there include a bitter cherry (like the pit or the stem), and maybe some smoke. While I can see where they were going with this, I'm not digging it too much. Just a bit much on the hops, and that's after we aged it for months. While I rewatch this UFC b/c I don't feel like going to sleep, this beer is just about as bitter as Nick was when calling out GSP. Don't be scared homie, but I'm giving it a high 2 stars.
Posted by The American Don at 11:37 PM No comments: 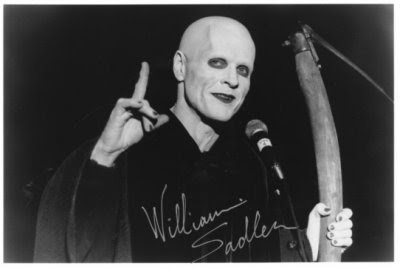 Here at the house and I have some downtime before I got to get some more work done. Otherwise, things are going very well.
Beer Log: Right now
State: Watching Dragon Ball Z Kai with the baby
Reaper Ale Mortality Stout
Picked this up years ago, I think at the Specs downtown or maybe Marcello's in Lafayette, LA. And here we go. Nose has a cherry lemony thing, with a chocolate powder thing going on. The taste is kinda bland and sour right off the gate. Probably held on to it too long. The mouthfeel is pretty gritty kind of like a saison. I'm curious to see how this warms up. After the warmup, it doesn't seem to recover the stoutness. No rating as I'm going to call this one aged too long. #fail
Posted by The American Don at 7:36 PM 2 comments:

Before I fire up a Cigar, let's Biere De Garde it up.
Beer Log: Right now
State: Chilling out, doing some Linkedin networking on the computer
Schlafly BDG
Nose has a nice light fruity sour thing going on. Auburn color with a white head. First I notice the high carbonation, then a quick citrus-sweet thing going on. The second sip and I get a nice light ginger snap cookie flavor, but it leaves off your tongue faster than it shows up. It's like the Texans' season. It's over just after it starts. Nice flavor and very refreshing, but this thing just vaporizes off my tongue. Glad I picked up this puppy in early April when I was out in St. Louis. Certainly makes up for the fricken snow we had out there in the Lou at the time. High 3 Stars.

Posted by The American Don at 7:56 PM No comments: