What a crazy idea. Having a slew of beer related events for over a week. So while I'm sittng here racking up the babysitter fees and the future doctor bills, we were scrambling for tickets for everything. Just like the first couple of Camp Beers, I totally just chilled out, figured I could play it by ear, and hit whatever pops up. WRONG. Tickets to these events are HOT! SMOKING HOT! EVERYTHING is sold out. I'm glad we jumped on Monsters of Beer, but for everything else we had to get in where we fit in. So let's starts with this past Sunday.

In what was entirely the worst idea ever, I woke up at about 5:30AM that morning and ran 6 miles at Bear Creek Park, which was the first 6 miler I've done since maybe April. It felt great. Then after BSing around for a couple hours I get up to the tailgate at the Texans game. The first time they required folks to either have tickets to the game or a $10 tailgate ticket. Which meant the tailgate was very subdued. After slamming some fajitas and drinking plenty of Modus Hoperandi and Southern Star Buried Hatchet stout, we make our way to the luxury suite. That was an awesome experience in and of itself. For crying out loud they had a man in the suite who's job was to mix our drinks and open the Shiner Bock. AWESOME!!!

I leave the game after the Texans got smashed by the damn Giants, and we make our way to the Saucer and then to the Dynamo Oktoberfest. For $20 you could a ticket to the game and then they let you into this little area where you can get all you can drink beer. The event was sponsored by Budweiser, so we were drinking plenty of Zeigenbock, seeing as how they ran out of the Michelob Pumpkin beer and the Shock Top. The event had a lot of people, with some live music to boot.

I think it is safe to say that the Zeigenbock is AB's attempt to siphon off some of the market share from Shiner Bock, especially with branding the beer without the AB name so folks think it's some craft beer.

Got to give it to the Dynamo, that's one way to get people to see a losing team. I'm pretty sure the Dynamo did not intend to tie this to the official beer week, but they MAY want to do that the next time. I'm sure AB could be persuaded to break more of their specialty Michelob stuff so the craft beer folk can get them some. It will be really awesome when the stadium is built downtown. Needless to say, I was hurtin for the first meeting at the job the next day.
Posted by The American Don at 11:32 AM No comments:

Beering at the Saucer: Finally

Well I fell well short of getting to 200 beers at the Saucer this summer. Here it is October and I haven't been back here in a couple months. Oh well, I can certainly make up for lost time...

Beer Log: Today, right now
State: On the laptop sitting outside in perfect weather at the Flying Saucer. Putting together some documentation to get a raise and/or a promotion.

Real Ale Oktoberfest
The fellas in Blanco, TX are hitting us with a seasonal, and I think this is the first Oktoberfest they've done since I've been in the beer world. This beer looks and smells VERY authentic oktoberfest. Toast/malt nose coming off strong from the thin head. Not to mention a perfectly clear amber color. My first beer in over a week and this thing tastes almost alt-like or American Amber like. Lots of toasty malt and I want to say American citrus hops as opposed to the funky noble hops. This thing is tasting like manna from heaven right now. I love the slightly medium body, mouthfilling, moderate carbonation. I think I'm experiencing a little absorption right now. My system has cleaned out and now I'm getting some beer in my system. 4 Stars baby.

Dogfish Head Aprihop
Had this in the spring but it's on fire sale baby! Nose is rather hoppy/malty, almost imperial like as only Dogfish Head can. Great mix of apricot and a strong american IPA. Got to love the mashups. The apricot is strong enought to power through but not so strong that it overtakes the beer itself. High 3 Stars.

Well they were out of the 512 Two beer, but now I have my heart set on an Double IPA. DIPA baby. And here we go with some Brewdog.

Brewdog Hardcore IPA
Damn man, Brewdog. It's here. Damn, it actually smells like a beer and not the lit end of a cigar. The nose is actually rather fruity, kinda sweet cherries and apples, of all things. Maybe some pineapple. I get a nice citrus hop as well. This beer tastes pretty choppy, in that I don't get much up front, but hops come on strong a little bit after it gets in your mouth. The beer is full and wet, but leaves my mouth dry and a touch chalky. I like my beers to be more crisp these days. Harsh stuff but gets a little more drinkable as you move along. Give me 3 Stars for the chalk. I prefer the poofier and cleaner DIPAs of Avery and Dogfish.
Posted by The American Don at 1:36 PM No comments:

...and I'm coming back home tomorrow. Oh it's real.


Posted by The American Don at 8:28 PM No comments: 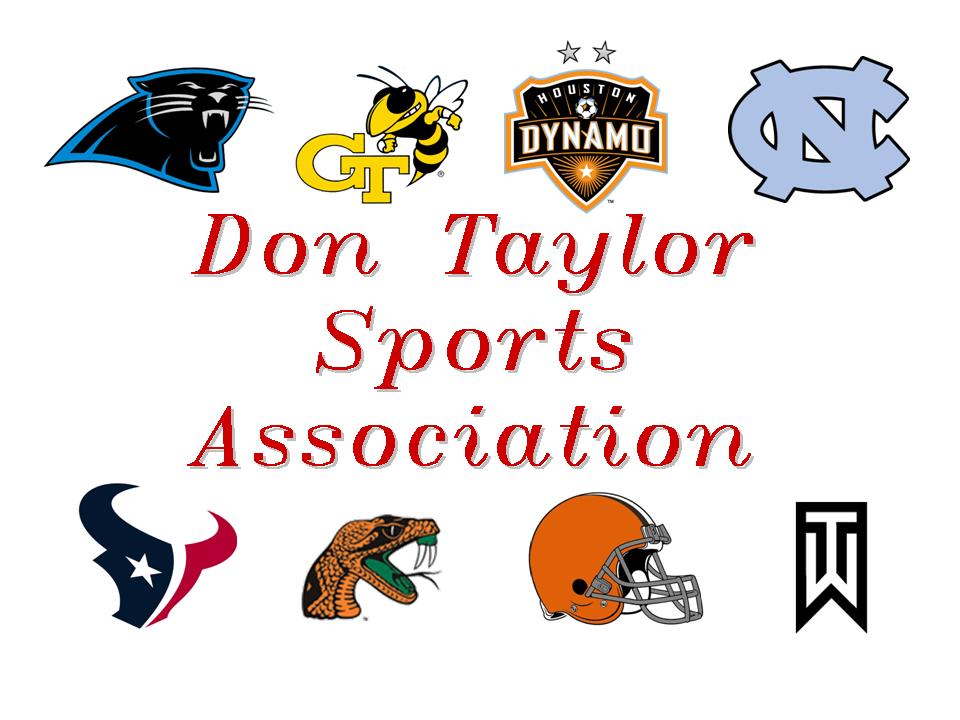 So I'm sitting here drinking a Franziskaner Weissbier in my Munich Stein while watching some Carolina Panthers football. They are taking on Drewbreesiana and the Saints, and we are not expecting too much out of Carolina this year. Therefore, I'm not a nervous wreck like when Carolina was winning and I could barely stand to watch a game. Pretty much wrap up my beer a good 24 hours before I'm scheduled to fly out offshore tomorrow afternoon.

This weekend was pretty bad for the Don Taylor Sports Association. I swear I am rooting for a team full of CLOWNS!!! Florida A&M didn't even show UP against South Carolina State. We aren't even going to SNIFF the playoffs this year. Georgia Tech actually managed a great come from behind victory against the powerhouse Wake Forest football team. We actually had to pass the ball. Not to mention that Tiger Woods still sucks. Today the Texans take on the Raiders, and as an added bonus I've got the McNabb/Vick game on Fox today and the Negro Bowl.

Actually, I'm still recovering from last weekend. FAMU lost to Tennessee state which hasn't lost to them since I was in college. GT lost. Carolina Panthers: lost. The Texans straight up lost to the GD Cowboys. And all the tailgating and whatnot threw off my sleeping schedule and made me a fricken zombie all week. Damn shame. Not to mention the Dynamo have been stinking it up all year. Hell, even all the black guys lost in the K-1 Grand Prix. I mean, is it basketball season yet? The contrarion in me is going to root for the Miami Heat this year, just b/c everyone else hates them.

I've really just been drinking what we have in the house these days. Lots of local stuff, some Weissbier, IPAs, a little homebrew. When going out on the town, I'm switching from Pilsners to Citrus/Acidic IPAs. I want the strength to go along with the cooler months, but I just can't stand dunkel and malty cloying beers. I'm still in the mood for crispness baby. So no big IPA, just Modus Hoperandi and Flying Dog Snake Dog. Holla back, halftime is almost over.
Posted by The American Don at 1:29 PM 2 comments:

Haven't been blogging or tweeting in a while. Plenty of beers have come my way since last blogginig, including the EXCELLENT beers at the Stone Beer Dinner and the Camp Beer Stoutapalooza. I've just been burned out recently with the job, trying to submit a paper for a technical conference, planning 3 different "diversity" events, still running the investment club, entertaining the parents and inlaws for my daughters birthday party, and of course some beer reviews and blogging. Something had to give, and the blog was what was it. Too bad too as we have a new fridge in our garage and we promptly filled it up with the huge amount of bombers and specialty beers we have all over the kitchen. Not to mention our regular fridge broke, we're trying to get the roof fixed, and the wife is busting my chops about getting a new car and a new house in some far away neighborhood way north of town.

I'm finally getting my nose above water with all the work going on, and I may get some good blogging going on. I've just visited an old friend's new bar "Zanzibar" at the old Westheimer Pub location. And lo and behold she had some Shiner Oktoberfest and a couple other good beers on bottles. Maybe she could use a Cicerone.

On to the beer, as I've said I have been drinking some fantastic beer. Just finished off another can of Modus Hoperandi by Ska. Great beer right out of the can. Med-light body, great malt/hop balance, but a rather West Coast beer. Finishes a little dry, which is fine. Low 4 star. I've been running away from the dunkel and malty lagers/ales. I need crisp, I need big hops balanced with malt. I've actually been in the mood from some citrus/acidic IPAs like the Snake Dog IPA I had at Alamo Drafthouse.

Anyway, great reviews to come. Great travel on the way to San Francisco and Indianapolis. Maybe a quick trip to Austin as well. Looking forward to it all. Holla.
Posted by The American Don at 2:09 PM No comments: